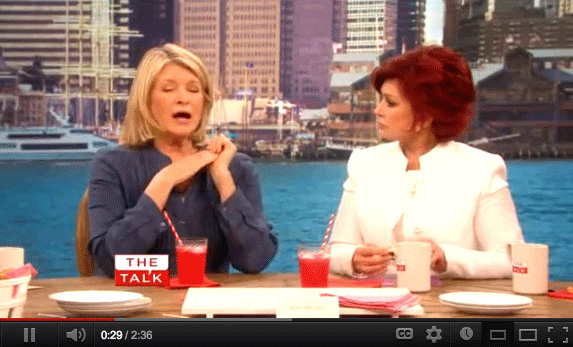 Love this clip from Martha’s May 14 appearance on The Talk. Martha brought some goodies for the show’s hosts and dished on, of all things, rap music! Seems Martha is not only friends with many rap stars, but is a fan of rap music herself! In the interview, Martha claims that she herself cannot rap–but I ask you FOMs: Do ANY of us believe Martha couldn’t rap if she set her mind to it? I’m certain she’d be excellent!

According to Rolling Stone Magazine, Eminem has revealed that he is working on his new album just days after Martha urged him to do so! That’s right, Martha’s command over the rap world is slowly becoming evident. Martha speaks, Eminem jumps–that’s how she rolls! In all seriousness, Eminem has announced that he is starting to work on his first solo album since 2010’s “Recovery”; news that will no doubt please Martha, a fan of rap music.